My online book club (The Bookcaneers) is reading Mere Christianity by C.S. Lewis as our first book. In the first part of the book Lewis presents the Moral Argument as a clue to the existence of God. Briefly stated, his argument is that the universality of a moral sense of Right and Wrong points us to a Lawgiver.

One question presented in the Book Club discussion was this one: How would Lewis respond to modern the arguments from evolutionary biology that say that our moral senses are the result of an evolutionary process – and thus do not point to something “outside” the system, like a personal God?

Here was my take on the question:

First, our questions are not unique to our time, nor were they foreign to Lewis. During Lewis’s time, the idea that morality was the result of an evolutionary process was pretty common. In fact, he addresses this when he describes the “herd instinct” in book 1, chapter 2. The idea was that evolutionary development which helped the “herd” would be passed on and these evolutionary developments are what are identified as “morality.”

For a time, though, this idea fell out of favor among evolutionary biologists because of what is called the “free rider” problem. “Free riders” in the herd (the selfish, amoral ones) would take advantage of the goodwill of the herd it it would be those free riders that passed on their genes, not the “kinder” individuals. For biologists who argued that evolution was strictly individualistic, “morality” doesn’t arise because of an evolutionary process, but as result of social structures within society. As far as I am aware (via The Righteous Mind, Jonathan Haidt) a significant number of evolutionary biologists, including atheist Richard Dawkins (The Selfish Gene), still hold to this view.

However, with the advent of “moral psychology” the “herd” theory is making comeback, and Jonathan Haidt presents a more complex version of this view in The Righteous Mind. He refers to it as the “hive” mind and contrasts it with the “primate” mind. The “hive” mind causes us to be more kind and compassionate, to care about fairness and freedom, to believe in the “sanctity” of things, etc. This “hive” mind wars against the “primate” mind which just wants us to be selfish.

First, I’m unconvinced by Haidt’s conclusions. He presents plausible explanations, but he in no way proves them. And he acknowledges that his view is a minority position.

But how would Lewis respond? Lewis acknowledges the possibility of “herd instincts” which arise out of some natural process, but he argues that these instincts are not what he is referring to when he talks about the Moral Law. He observes that we sometimes have multiple competing moral instincts, but that we do not blindly follow those moral instincts. Instead, we judge between those instincts. The Moral Law is not any one of those instincts, but is the judge between those instincts saying, “follow this instinct here” or “that instinct there.” In the language of Haidt, the Moral Law is what judges between the “hive” mind and the “primate” mind, or between the different “intuitions” of the hive mind (freedom, compassion, authority, sanctity, etc.)

In fact, this is exactly what we see Haidt do. He makes moral judgments between the instincts, but he isn’t able to justify his choice. He believes the moral sense to be disconnected from any true Right and Wrong, but he makes plenty of moral judgments. I see the Moral Law at work in his book, even though he would deny it. A description of our moral instincts can provide a plausible explanation for what is, but the Moral Law allows us to judge what ought, and this inescapable sense of the ought is what Lewis refers to as the Moral Law and points us to God.

Two more notes on the topic:

1) If we see Moral Law as only social convention, or the product of instinct, then at a minimum we have no way to really say that Nazi Germany was evil, at least in some objective sense. At a minimum, we could only say that we don’t like it, or that it causes suffering. But again, we can’t say that suffering itself is evil (for the simple reason that evil doesn’t exist).

2) Eminent biologist/geneticist Francis Collins (led the human genome project) discusses this in his book “The Language of God”. He himself was an atheist who came to faith in large part because of Mere Christianity. He argues that while evolution could account for some moral traits like “reciprocal altruism” (I’ll scratch your back if you scratch mine) he doesn’t believe it can ever account for true altruism – such as Jesus’s commands to love your enemy, or to help those who have no possible way of helping you in return, etc.

The Righteous Mind: Why Good People Are Divided by Politics and Religion

The Language of God: A Scientist Presents Evidence for Belief

The Contemplative Pastor: Returning to the Art of Spiritual Direction

I Wrote a Book

What Does It Mean to Be a Christian?: Exploring the Foundations of Faith 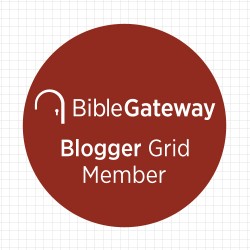